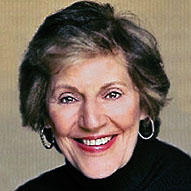 Meet the voice of such advertising icons as Borden’s Elsie the Cow and General Mills’ Betty Crocker! Shirley has also had a rich and vibrant career on stage, film, television, and radio.

As a founding member of Lipservice Talent Guild, Shirley set the standard for Twin Cities’ voiceover actors, and practically invented the art of the voice over in the Twin Cities.